WHY do you train?

So the last few weeks I’ve mainly been preoccupied with writing about pre- and post-natal exercise and trying to get that little book I wrote about here  completed. And a conversation I had over the weekend made me realise I’ve been neglecting the basics a bit so here we go.

I was talking to a  friend of mine. A bit of background on him; He’s a professional football (soccer) player at the highest level in Scotland. It’s the off-season at the moment and, instead of sitting on a beach somewhere, he’s decided to get in some gym time and improve himself. Now this is obviously very commendable. A lot of his friends and colleagues are just getting fat on a beach somewhere and he’s getting his gym time in. Then I asked him what he did in the gym and the answer surprised me a bit. 2 arm and chest sessions a week and 3 sessions in a circuit gym. Now the circuit gym he goes to is a very good one but it’s still a generic circuit class where he does exactly the same thing as the 40 year old woman next to him who’s trying to lose weight and the middle-aged accountant trying to get his cardio up.

So I asked him the following question;

“How is what you are doing during those 5 hours helping you become a better football player?”

And he looked at me and said he had no idea, he’d never really given it much consideration.

So here’s a guy busting his hump in a circuit class and all he’s really doing is wasting his time. This is a profesional athlete! He doesn’t need a generic circuit class! He can’t even train the same as a central defender does as he’s a winger and needs different attributes. He needs to do specific exercises to help him improve his starting-speed and power. 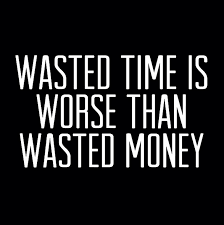 And it just made me wonder if you, the reader, have an answer to the question;

“How is what you are doing in the gym helping you reach your goals?”

I have several clients who are athletes; they are in great shape and look phenomenal. They are strong and confident, they would outperform 95% of the population and they look like it. And they all still have specific goals we revisit regularly and EVERY SINGLE SESSION is designed to get them results. We don’t waste any gym time. And it’s tempting to think that they’re athletes and therefore that’s what they should do.

But the same goes for my “new-mommy” and my weightloss clients. Every session is tailormade for them and every exercise has a purpose.  What they don’t do is guess their way through a session or guess what they should be eating, they just don’t waste their time.

There’s nothing wrong with attending a general circuit class. They are great for a bit of overall fitness, but they are not goal specific and for my friend they are not the right way to train.

Just make sure you keep asking yourself the above question and you’ll be fine.

This is all that matters.

Take care of yourself,