Sorry it’s been a while but I have just been crazy busy and, amateurish they may be, these blogs take a long time to write and get up.

I will be more active going forward though as I really have to focus a bit more on this.

I am really starting to get a bit fed up with the amount of fake coaches and trainers out there who are nothing but sales-reps for companies such as Beachbody and Herbalife.

It seems like there is this little cult amongst the salesreps of these companies that will just not allow them to admit that the supplements they are selling are nothing more than placebos and expensive substitutes for healthy eating.

I had a “discussion” with a guy called Jeffrey Armbruster recently who, apparently, is some sort of Beachbody guru and who has all the answers, according the followers in his little cult.

This came after one of the Beachbody Salesreps (I refuse to call them coaches as they definitely are not that) asked the following on Facebook;

“Let’s say you had health issues and needed to take medication. What if you had a choice to either take your medication no matter what the side effects were. Or a healthy meal-replacement drink. Which would be your choice?”

My response was a straightforward;

“lolz what? Take medication or have a shake? Is that honestly a straight option now?”

And, if you forgive the juvenile “lolz”, I think you’ll find it was a fairly moderate statement in response to a very very stupid statement.

And then the BS started; The response from the original poster was “Depends. Some people don’t have to take their cholesterol medications anymore after 2-3 months of drinking Shakeology. My mom was drinking it for a month and her Dr. said her A1C levels dropped. Some are off their blood pressure pills too . There is even a Coach that has MS that her symptoms are less and same with Fibromyalgia. All with their Doctor’s approval. Some have probably got their doctors drinking it too.”

Note that all of the above are anecdotal stories..no proof. I obviously referred to the Beachbody study (which I already discussed here) and just asked them the same questions as I asked in that piece. Basically it boiled down to “show me the proof!”.

Jeffrey, Beachbody’s knight in shining armour, jumped in “Pete ill read your disertation this weekend and reply my Friend… But ya know it really must suck to br such a pesimistic soul and Go thru life this way without trying things Brother… Doesnt it just suck?“.

So now everyone who asks questions about the effectiveness of a product they are charging you $200 for is a pessimistic soul and their life must “really suck”. Fair enough.

But Jeff was going to respond to the questions little ol’ me had asked…awesome! 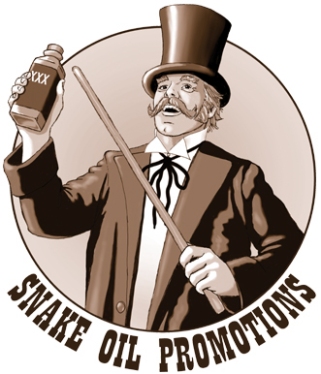 A week and a bit later I chased, my now good friend, Jeff up as I hadn’t seen a response yet.

He, immediately, responded “Peter…My number is in my profile…lets talk on this live..Just returned home from Vacation and would welcome a call from ya....”

Don’t you just love my timing? Just as Jeff returned home I happened to chase him up! Amazing!

Obviously I didn’t phone Jeff. (His nr is in his profile though so feel free to call him if you want).

I told him I preferred to keep these things online as that way everybody can see the links to the studies and evidence that he has, thousands will flock to buy his product…I will immediately invest my entire life-savings, approx £2 worth, into Beachbody products and shares. This is going to be the big boom! I was all ready to smash up my piggy bank!

That’s right! Bring me the big hammer! I is gonna be rich!

My quote; “Hi Jeff, I am not a big fan of talking live when links to studies are so much easier to post online. Just post your reply online..that makes it easier for everybody to read it as well.I am sure there are a lot of people out there who would love to see the evidence posted online as I’m sure they’d be queuing up to use, and distribute, the products when they see it for themselves (Obv not just anecdotal stuff but the actual evidence). I am sure you must have been asked about this sort of thing before so must have the info stored somewhere”

Unfortunately Jeff “didn’t understand what I was looking for“.

Good thing I read this book.

Shame he didn’t get it because I thought I was being quite clear. I, again, told him that I just wanted to proof..just a little link to a study that answers my questions.

His response then was the classic “Just try it! live on the edge! But if you like studies so much here’s one“.(Slightly paraphrased it TBH)

It’s a classic response. Going from “I can answer all your questions” to “try it and you’ll see..just buy the product first”. Essentially saying “I have no proof that I can show you”

BTW; the study he linked to was the Beachbody study that I actually asked the questions about so it shows Jeff doesn’t really know how to read a study report, or has in fact not really read/comprehended my original post..but that’s OK because we’re not done yet.

He then goes to claim that “YES IT DETOXIFIES THE BODY!” and when I finally point out that “actually, it really, really doesn’t according to the guys at Harvard” he responds with the classic;

“Your Missing the Point Peter of Beachbody..your so caught up in bean counting and stats you really can’t see that Were about getting people off the couch and into making Health and fitness a daily part of their life..Thats our Mission as Coaches…To help people live happier healthier more fullfilling lives..I suggest you try the same Brother! Like I said earlier its got to suck to live the way you do! God Bless……and Release!“

So, in short, the guy who’s “going to give me all the answers” doesn’t give me any and I’m “missing the point” about what his company does. Beachbody is not about selling products that work, it’s about getting people off the couch! And here I cynically thought it was all about making loads of money.

I’ll grant you that getting people off the couch and have them live more fulfilling lives is a noble pursuit. Though I’m not quite evangelical enough to go so far as to call it my “mission” I believe that that’s roughly similar to what most qualified and certified Personal Trainers do. Jeff obviously disagrees and suggests that I “try the same”.

Now, my life might suck (it really doesn’t ) and I might be a pessimist (I really am not) but at least I haven’t wasted $200+ on a Bullshit product and neither has anyone of my clients.

Beachbody supplements are NOT more effective than normal healthy eating. They DO NOT “detoxify” your body…and most Beachbody salesreps are at best misguided fools and at worst ordinary crooks.

As soon as someone tells you they are a Beachbody coach ask yourself the following “What would Jesus do?” and I think you would come up with this;

Take care of yourself, the old fashioned way; Move well, eat well and be well.

BTW; I did paraphrase some of the discussion as it was even worse than I posted above. If you’d like to read the whole discussion, and can be bothered, on Facebook..it’s here (and yes, that is his spelling)