3 reasons you’re not losing weight and toning up

I’ve been getting a lot of questions lately most of which are along the lines of “I’ve been on a diet for the past year but am just not shifting weight/fat fast enough. What am I doing wrong?”.

The answers are almost always very simple so I thought I’d pick 3 of the main reasons why you’re not just shifting the fat and toning up like you should.

It’s very simple; If you don’t cook your own food you don’t control what’s in it. It doesn’t matter whether you’re having take-aways, Mcdonalds, microwave meals, Those “healthy-meal pots” or Meal replacement shakes.

If you don’t control what goes in your food you have no chance of making sure you don’t eat crap. You have no chance of controlling salt, sugar and all that stuff unless you make your meals yourself. People who cook their own food put more thought into what they are putting into their bodies than those who just grab the easy option and therefore they get better results. 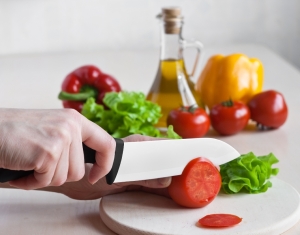 And it’s so relaxing!

Note I didn’t say “enough” water. I have written before about the benefits of hydration but that’s not what I mean by this.

I mean “You drink something other than water”. You drink fruit juice, fizzy drinks and soda, cordials and squashes or, even worse, sports drinks and alcohol. Cut that shit out.

“But I don’t like the taste of water”, I hear some of you say. My response is almost always “Get to like it, you’re not 5 years old anymore“. Eat your calories don’t drink them!

I’m not saying there’s anything wrong with a cup of green tea but  generally speaking “Just drink water” is sound advice. 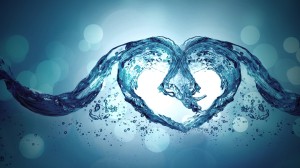 You gotta love it.

3; You haven’t decided to lose weight.

If you can not be bothered to cook or drink water it just means you haven’t prioritised losing weight. It’s that simple.

Every time I hear you say “But I don’t have time to cook” I hear “I don’t really want to put in the effort”. Every time you say “But water is boring” you’re saying “I prefer instant gratification over long term satisfaction”. That’s something only people who have not prioritised fitness do.

Now there’s nothing wrong with not having fitness as a top priority but then you shouldn’t say it is.

If you say “I want to tone up but only want to run” I can only tell you that you’re delusional. Let me be very clear; You can ONLY tone- and firm-up if you do resistance training! It’s the ONLY way. This doesn’t mean you need to give up running but really, running does not give you nice arms, legs or even bum. 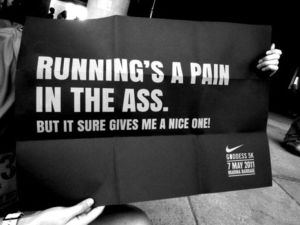 It’s a lie…. Squats, lunges and step-ups however will sort it out.

All in all it’s not rocket science; Decide you really want this, cook proper food, drink water and lift heavy things, it’s a sure fire way to get you looking your best.

Obviously just give me a shout if you want a bit of help.